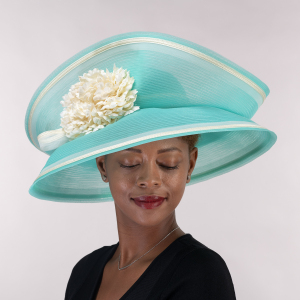 Ruthie was born December 7, 1948 in Booneville Mississippi to J.C. and Elizabeth Young McGaha. She was the oldest of six children.

The family relocated to Ohio where she attended Youngstown City Schools and graduated from The Rayen School.  While attending Youngstown State University she meet Turhan Cecil Rhodes and they were married in 1969. To this union two children were born: Turhan C. Rhodes II and Jevon Courtenay Rhodes.

Ruthie accepted Christ early in life at Little Wonder Fire Baptist Holiness Church where she was an active member. She later attended New Hope Baptist in Ohio and New Jerusalem COGIC in Texas

Shortly after the birth of Jevon the family relocated to Texas,  Where she was a seamstress for NASA space center, was the first African American to graduate from the Respiratory Department at San Jancinto College, in Pasedena, TX., and also was employed as a respiratory therapist at Texas Children’s Hospital, retiring with 30 years of service in 2013.

Ruthie had a very generous heart. She loved to dance, draw, sew,  growing her plants and caring for children. She was an inspiration to so many and she had this infectious laugh that would brighten up the room,  she Loved her Hats and being a  fashionable trend setter.

Ruthie was preceded in death by her parents, brothers; Oliver and Danny, stepson; Kevin HarveySr., grandson; Jesse Carson Rhodes.  A private service was held on December 7, 2019, in LaPorte, TX. An Ohio Memorial will be announced at a later date. Arrangements are being handled by the F. D. Mason Memorial Funeral Home, Inc.

To send flowers to the family or plant a tree in memory of Ruth "Ruthie" Lee McGaha Rhodes, please visit our floral store.