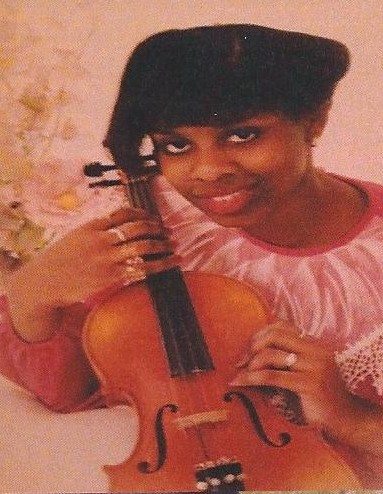 Anissa M. Spivey Anderson- Funeral services were held on Friday, March 10, 2017, at 11 am, at the Metro Assembly of God, for Mrs. Anissa Marie Spivey Anderson, 40, Youngstown, who departed this life on Thursday, March 6, 2017.

Princess Anissa, as she was affectionately known was born January 30, 1976, a daughter of Alfred W. Spivey and Denise Ford Spivey. She graduated from Woodrow Wilson High School in 1994. During her senior year, Anissa was voted most likely to succeed, senior class president and on the homecoming court. Anissa participated in the anti-drug awareness program, recipient otf the Positive Move program which earned her a scholarship to attend The Ohio State University where she majored in Psychology. Anissa earned an Associate's degree from ETI and was employed by OSU medical center while residing in Columbus. Anissa was founder of Simply Because We Care Foundation where she provided love, guidance and material assistance to young single mothers. Anissa re-located back to Youngstown, Ohio where she married Daryl DeAndre  Anderson. This union blessed them with Daryl Jr., RayKwan and MarQuel. Anissa was a wonderful, loving and dedicated mother who lived to lover her sons. Ahe loved reading and baking but most of all she embraced life and treasured each and every moment through spending it with family and friends. Anissa adored her siblings and maintained the role of "Eldest" of the group of 5. Her guidance, love, and support will always be remembered. Anissa was an accomplished violinist, she accepted Christ at a ver early age and was a member of the Metro Assembly of God where she participated in whatever capacity asked of her. Anissa is preceded in death by her great-grandparents, Rev. Sentenial and Ardella Bunkley, grandparents, Dan and Betty Spivey, Wesley McClellan, Albert and Laverne Ford, Wesley :"Uncle Redd" McClellan, brother, Roderick Davis , and a cousin Leon Gayles.

To order memorial trees or send flowers to the family in memory of Anissa Marie Spivey Anderson, please visit our flower store.