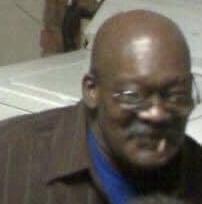 Charles was born December 21, 1940 in Youngstown a son of Sam and Sadie Dozier Gilford.

He played football for North High School and later joined the Army. He later became employed at the Republic Rubber Co. He enjoyed fishing, watching the Cleveland Browns and drinking his beer while joking around with family.

Beside his parents, he was preceded in death by two sons, Charlie Brown Jr., Tony McQueen; two brothers, Cleophus and Deacon; a granddaughter, Cherrelle Gilford and a great grandson Karson Haskins.

“Charles will truly be missed by all”

To order memorial trees or send flowers to the family in memory of Charles Lee Gilford, please visit our flower store.