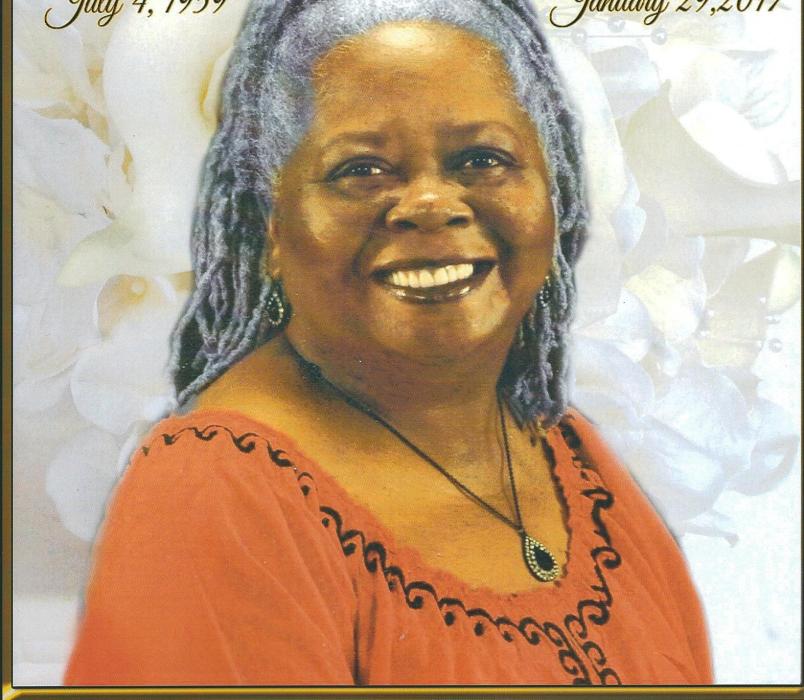 Cherl L. Ashley- Funeral services were held on Monday, February 6, 2017, at 11 am, at the New Bethel Baptist Church, for Ms. Cherl Lynn Ashley, 57, Youngstown, who went home to be with the Lord on Sunday, January 29, 2017, at Mercy Health Care Center.

Cherl was born July 4, 1959, in Youngstown, Ohio. She was the oldest daughter born to the Late Wofford (Pete) Wilson and Annie Kathryn Turner Wilson. She married the love of her life, Steven Ashley Sr., on May 14, 1979,  who preceded her in death on October 23, 2010. She was a 1977 graduate of South High  School and attended Youngstown State University. She was employed by Mahoning Country Job & Family Services. She was a U.S. Navy veteran, a steward for AFSCME Local 2001, a member of the Mahoning County Bowling League, a manager of The Brown Sugar Softball Team, but most of all and importantly, she was extremely fond of her Pittsburgh Steelers. Cherl confessed Jesus Christ at an early age. She was a former member of New Bethel Baptist Church before joining her husband at Third Baptist Church.

She leaves to cherish her memory her 3 daughters; Stephanie Ashley, and Deidra Wilson of Youngstown, and Angela Chavers of Amarillo, TX., one son; Steven Ashley Jr., of Youngstown, 2 sisters; Marva C. (William) parker and Kimberly (Daniel) Brooks, both of Youngstown, 6 grandchildren, and 2 great-grandchildren and a host of other relatives and friends. She was preceded in death by her parents; a daughter, DaNeisha Wilson, 2 sisters; Annletha Wilson and Doris Wilson and one brother Wofford (June) Wilson Jr.

To order memorial trees or send flowers to the family in memory of Cherl Lynn Ashley, please visit our flower store.