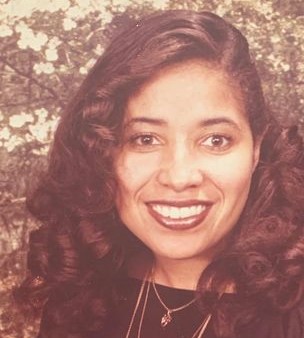 Claudette Richardson-Clinkscales- The local community and the state of Ohio has lost one of its greatest and most passionate advocates for urban gifted children, and the messages coming in from her former students around the country are a testament to that. They all knew that she was their advocate. Claudette Richardson-Clinkscales, 66, of Youngstown, was born on October 17, 1954. She gained her heavenly wings on July 14, 2021. In between that time, the daughter of Ollie J. Richardson Sr., and the late Virginia Richardson, worked tirelessly to share her talents and her passion --- to increase the number of minority gifted children identified and served in one of the state’s only full-time gifted programs in the state of Ohio, located in the Youngstown City Schools.

Claudette was a proud “Golden Bear” graduating in East High School’s class of 1973. She attended and graduated from Youngstown State University in 1987 with a Bachelor's Degree in Education, later receiving a Master’s Degree in Gifted/Talented Education from the same institution. She began her career in education in 1987, at Youngstown’s West Elementary where she taught in the Gifted Program. She was a lifelong learner and consistently took classes and workshops at various colleges and universities so that she could bring new ideas and opportunities to her young scholars. While Claudette enjoyed many professional accolades during her career, the most notable was being nominated for and selected by The Ohio Association for Gifted Children as Ohio Gifted Teacher of the Year in 2001. She was a member of Youngstown Alliance of Black School Educators (YABSE), worked with a summer STEM program for middle school students at YSU, and also served as a Cheerleading Coach. Her reach with her students was far because she provided out of classroom experiences for them that extended beyond the school day into her evenings and weekends. Be it the Lake-to-River Science Fair, Odyssey of the Mind, Math Counts, Robotics, Challenge 24 or Destination Imagination, her students always came home with honors in the form of ribbons, medals and trophies. Many of her teams qualified for state and her involvement in their academic competitions created a climate for scholarship that bred success. Her proudest accomplishment would be the impact she's had on hundreds of her students and their family. “Mrs. Richardson”, as she's affectionately known, has influenced many to pursue professional careers, and her former students include doctors, lawyers, nurses, an Associate Pastor, air traffic controllers, government professionals, executives, and, of course, teachers. She has taught as many as three generations of students and her impact has made a difference for many. Even beyond retirement, Claudette maintained many relationships with her colleagues and her students. In her spare time Claudette did mostly school-related projects but she also enjoyed crafts, movies, shopping, puzzles, line dancing, and she loved to laugh. It was a hearty laugh with a big, beautiful smile! That is how we must remember her.

Funeral service will be 11 am at the New Bethel Baptist Church Thursday July 22, 2021. Friends may call from 10 to 11 am on Thursday at the church

In lieu of flowers the family requests that donations be made in her memory to the student activity fund at Rayen Early College Middle School at Williamson Campus, ℅ Dr. Maureen Donofrio, RECMS Principal, 58 Williamson Avenue, Youngstown, Ohio 44507. Contributions will be utilized by the school to underwrite the costs of academic competition fees for minority, economically disadvantaged gifted scholars. Claudette had personally contributed to the costs of this for individual students of hers for many years so this would be a fitting way to honor her legacy as an educator making her memory a blessing.

To order memorial trees or send flowers to the family in memory of Claudette Richardson Clinkscales, please visit our flower store.