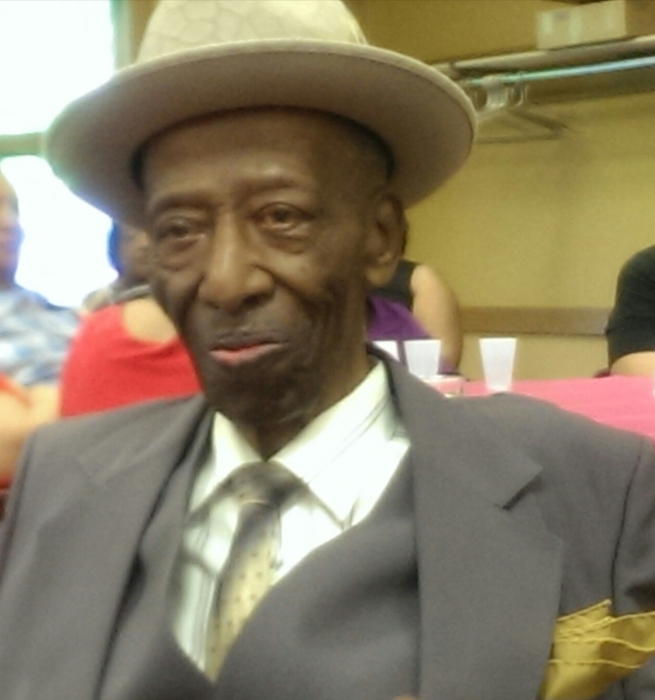 Mr. Brimmer was born June 26, 1923, in Eastman, GA., a son of Louis and Mary Barnes Brimmer. He moved to Youngstown when he was 3 years old and grew up in the Baptist faith.  He was an Army veteran, worked as a bricklayer for Youngstown Sheet and Tube, for  40 years. He was a member of the Buckeye Elks Lodge No. 73,  VFW and a former member of the freemasons. He loved humor, socializing, dancing, and listening to music, especially James Brown. He was known in his earlier life for being a well-dressed man with a clean car. He leaves to cherish his memory his children; David M. Thomas of Campbell, Juliette McLendon, David C. Brimmer, and a special Niece Fran Campbell all of Columbus, 16 grandchildren, 27 great-grandchildren, nieces, nephews, and other relatives and friends.

He was preceded in death by his parents, a daughter; Jocelyn Brimmer, brothers, Henry and John Brimmer,  a sister-in-law, Rebecca Brimmer and a son-in-law, Donald McLendon.  Friends may call from 11 am to 12 noon at the funeral home.

To order memorial trees or send flowers to the family in memory of David Brimmer, please visit our flower store.