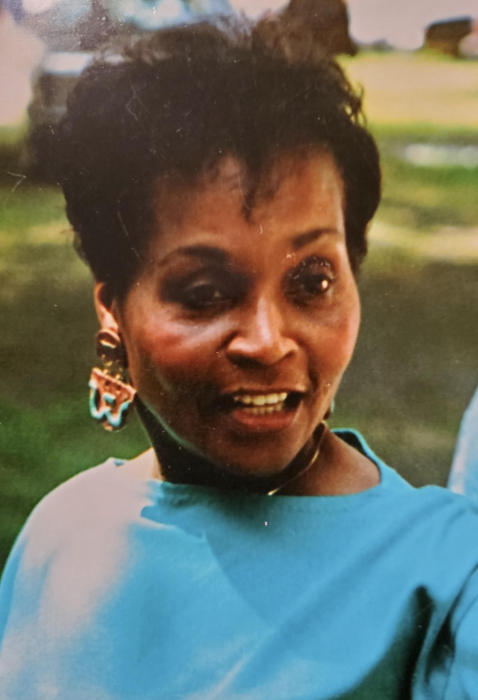 Dorothy (known as Dot to friends) was born September 22, 1922, in  Youngstown, Ohio to parents James and Sarah Walker.

After Graduating from Wilson High School in 1940 she married Robie Jackson Harris and had three children . In 1962 she graduated from Choffin Nursing School as an LPN and was immediately employed by St. Elizabeth’s Medical Center where she remained until her retirement in 1987.  She Utilized her medical background volunteering for the Sickle Cell Anemia Foundation, circa 1976.

Her spiritual guidance was met at Third Baptist Church mostly under the leadership of the late Dr. Morris W. Lee where she served as a member of the Senior Choir, Adult Ensemble, Missionary Society, Saturday Bible Study, and was an integral part of the creation of the Church Library. In addition, Dorothy was an aspiring singer who performed at several famed venues such as Idora Park Ballroom and  appeared at the Apollo in New York City. She was an exceptional athlete, she competing at a high level in several sports such as track and field, jump rope tournaments and softball. She once said, “One of my proudest moments was when I received a trophy from the Ebony Sports Museum Hall of Fame for my accomplishments as a pioneer in women’s softball in Mahoning County.”

In her leisure, she devoted much of her time supporting the activities of her children and grandchildren.  She enjoyed competitive bowling, singing, listening to a vast array of musical genres (especially, jazz, gospel and classical), and was a lifelong Cleveland Browns/Cleveland Indians devotee.

Social Distancing will be upheld seating will be limited to family and you will be required to wear a mask before entering the building.

To order memorial trees or send flowers to the family in memory of Dorothy Mae Walker Harris, please visit our flower store.