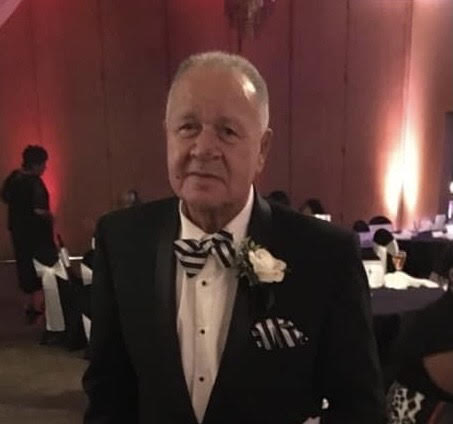 Ernest M. Hight Sr.-Ernest Matthew Hight Sr. was born in 1930 to parents, Thomas and Josephine Brown Hight in McAndrews, KY.  In 1944, his family relocated to Williamson, WV., where he attended Liberty High School and graduated in 1949.

In 1950, he married Joanne Hairston and they relocated to Youngstown Ohio in 1952. Five children came from this glorious union and they also helped rear Joanne’s two younger brothers. They were married for 51 years when Joanne passed.

Ernest moved to Youngstown because of an opportunity to work for US Steel.  When he first moved there, he played AA baseball for the Buckeye Elks.  He retired from US Steel but continued to be in the workforce throughout the years at Republic Steel, a convertible car plant in Austintown, as a bailiff for Judge Nathaniel Jones and he ended his working years as a custodian at Cleveland Elementary School, where he retired at age 75.

Deacon Ernest Hight became a member of Third Baptist Church in 1956 where he was ordained as a deacon in 1962. He enjoyed serving as a deacon for 58 years.

He was a pillar in the community serving as a father figure to many generations of youth. He first became a booster when his older sons attended North High School in 1967.  He remained active even after his sons graduated until the school closed in 1980.  He became infamous for ringing his cowbell at every game.  He was inducted into the North High Bulldog Hall of Fame for his dedication and community service as a booster. Upon North’s closing and their younger children attending East High School, Mr. and Mrs. Hight carried their enthusiasm right over to that Booster club. He followed all sports in Youngstown and is known as everyone’s sports father.  He also enjoyed hunting, especially rabbits.

He leaves to cherish his memory three sons, Thomas (Michelle) Hight, Curtis Hight and  David (Connie) Hight, all of Youngstown and his only daughter, Kimberly Hight of Concord, NC:  his brother Curtis Hight Sr. of Williamson, WV and one sister, Dorothy Cardwell of Cleveland, OH: two brothers-in-law that he helped rear, Amos (Carol) Hairston  and Burnice (Laura) Hairston: 9 grandchildren, 6 great grandchildren and 6 godchildren and a host of family, friends, church family, schoolmates and people in the community who loved him.

He was preceded in death by his wife, parents, his oldest son Ernest Hight Jr. and his daughter-in-law, Gloria Hight: three sisters Mabel Ayers, Mildred Daye and Ruth Harp.

Due to COVID-19, the 6-foot rule will be honored, and we ask that all guests, whose health allows, to wear a mask.

To order memorial trees or send flowers to the family in memory of Ernest Matthew Hight Sr, please visit our flower store.