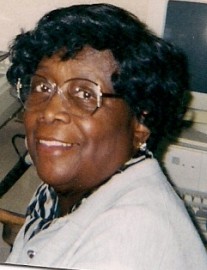 Esther E. Luckey-Smith-Funeral services will be held Wednesday February 3, 2016 at 11 am at Mt. Zion Baptist Church for Mrs. Esther Elizabeth Luckey Smith, 93, Youngstown, who departed this life on Friday January 29, 2016 in Hospice House. Mrs. Smith was born March 7, 1922, in Youngstown, a daughter of Beauford and Helen Langley Luckey. She was a member of Mt. Zion Baptist Church wes she served as a youth Sunday School teacher for several years, member of the General Mission and leader and treasurer of the Esther Circle,  she received an Apprerciation/Dedication award in 2012, Certificate of  Appreciation for the Pastor's Aide Ministry in 2014, and Certificate of Appreciation in 2003. She served as membership chair of 4611 AARP and Sr. Member of the Salvation Army. She received many awards, such as; The Volunteer Award for Assumption Village, Service Award in 2001, Appreciation  Award in 2001, 2003, and 2007, Certificate of Completion from Greater Friendship Baptist Church, E.O.B.D.A. Course of Christian Education certificate of Achievment in 2004, Certificate of Appreciation from the US Postal Service in 2008, and Recognition Award for the Senior Bowling League in 2000. She leaves to cherish her memory; grandchildren; Gwendolyn A. Smith and Rodney Perry both of Youngstown, 6 great-grandchildren, 8 great-great-grandchildren, nieces, nephews and a host of other relatives and friends. She was preceded in death by her parents, a sister; Grace Jones, a brother; Robert Langley, 2 daughters; Wanda L. Blufford Shaw, and Olivia Smith Hubbard, a granddaughter; Karen Y, Allison and a grandson whom she reared; Tommy Hubbard, and a great-grandchild; Terrance E. Perry. Friends may call 1 hour prior at the church. Arrangements are being handled by the F. D. Mason Memorial Funeral Home, Inc.

To order memorial trees or send flowers to the family in memory of Esther Elizabeth Luckey Smith, please visit our flower store.