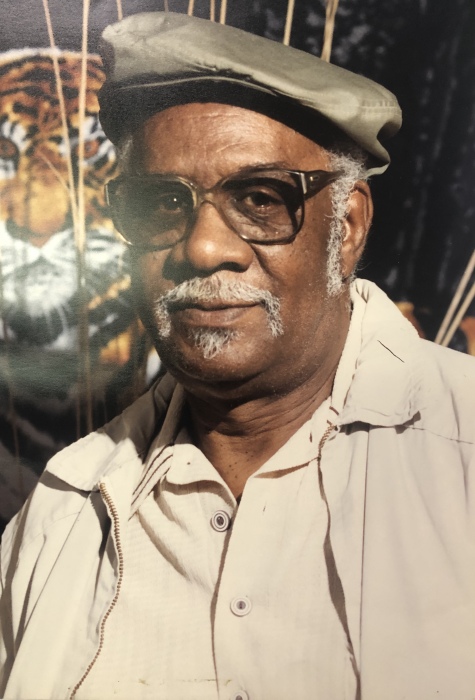 Mr. Jones was born August 20, 1919, in Union Springs, ALA., a son of Ernest and Ann Battle Jones. He was a Rubber Worker for Paragon Company. He was a former member of Elizabeth Baptist Church, a member of  the VFW Donald Lockett  Lodge, was on numerous black bowling leagues,  was manager of the Ebony Expressions and Mighty Generation Band, loved golf and was a WWII Army Aircore veteran. He leaves his son; Ernest (Mary Alice) Jones, grandchildren; Teresa (Daryl) Clark, Cathy (Jim), Lynetta, Enest Jr., and Aaron Jones, Dominique and Patricia West, Corey Bufford, Antoine Cowan, Sean McRae and Andrea "Cricket" Miller, a daughter-in-law; Pamela West, a god-daughter; Martel Davis Allen, 9 great-grandchildren, 16 great-great-grandchildren, and a host of other relatives and friends.

He was preceded in death by his parents, his wife, the former Thelma R. Gibson, children; Floyd E. Jones II, and Suzette Cowan, a granddaughter; Aiesha Cowan, and a brother; Charles E. Jones. Friends may call from 11 am to 12 noon on Tuesday, at the funeral home.

To order memorial trees or send flowers to the family in memory of Floyd Emery "Flip" Jones, please visit our flower store.