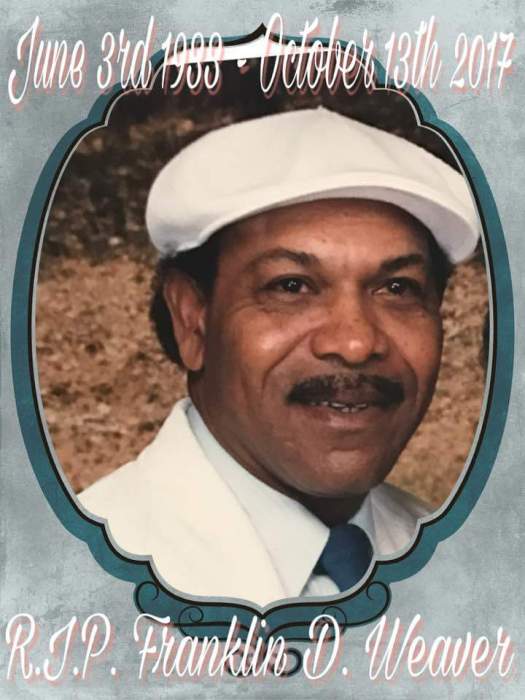 He was preceded in death by his parents, a son Andre Reeder, a grandson, Franklin Weaver III, siblings; Willa Mae, Vivian, Thomas Sr., George, John, and Willie. Friends may call from 11 am to 12 noon at the church.

To order memorial trees or send flowers to the family in memory of Franklin Delaney Weaver Sr, please visit our flower store.