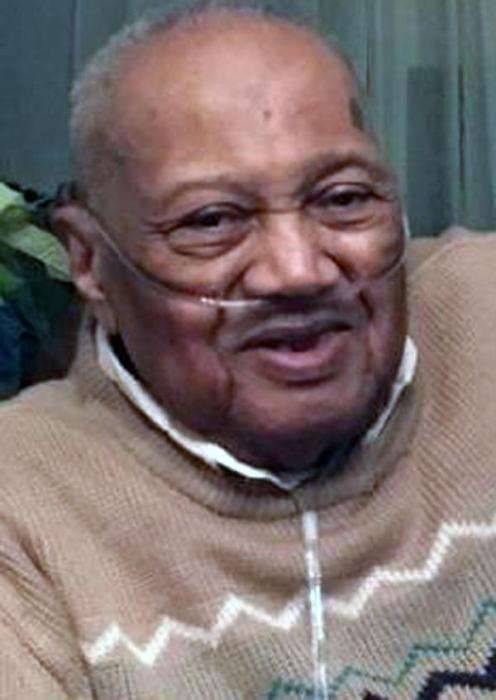 Mr. Herring was born June 22, 1921 in Clayton, Alabama to the union of Emanuel Herring and Lily Mattie Bryant Herring.

He attended Estoria School in Alabama. He moved to Girard, Ohio with his family in 1936. After serving in the United States Army he worked for U.S. Steel McDonald Works, retiring in 1979.

He was an avid gardener, carpenter, fisherman and gourmet cook.

He was a faithful member of Zionhill Baptist Church and its usher ministry. He was a committee member of the Four Square Neighborhood Block Watch where he fought against drug abuse and was vital in the cleanup and revitalization of the Parkwood Playground. Having lived in the same home for over 60 years, he was an integral part of his neighborhood and community. He had a heart for those less fortunate, often making sure families had warm meals for their children. He was interested in politics and loved to keep up with current events.

He was a great storyteller who loved western and classic movies and Looney Tunes. He was most loved for his sense of humor, kind temperament and his ability to tell a good joke and take one.

He leaves to cherish his memory four children; Phyllis (Ralph) Stone of Toccoa, Georgia, Carolyn Elaine Davis of Raleigh, North Carolina, Garry Herring Jr. of Youngstown, and Gregory (Cherylynn) Herring of  Liberty; two sisters, Eunice Richardson of Youngstown with whom he had a loving and lasting bond, Josephine Herring of Akron; and a brother George Herring of Akron; a sister-in-law Mary Lois Wilson, a brother-in-law Charles (Elsie) Rhodes, and a special cousin Ora Lee Ware all of Youngstown; 23 grandchildren, 21 great-grandchildren and four great-great grandchildren and a host of nieces, nephews, cousins and friends. He leaves a special friend Elizabeth Dyson.

He was preceded in death by his parents, wife, three daughters Gail Garrett, Susan Herring, and Leslie Herring; a brother Robert Herring; a sister Betty Herring; a brother-in-law Nathaniel Richardson; a son-in-law Manuel Garrett and a grandson Jason Emanuel Herring.

F.D. Mason Memorial Funeral Home Inc. has been giving the honor to serve the family.

To order memorial trees or send flowers to the family in memory of GARRY HERRING SR., please visit our flower store.