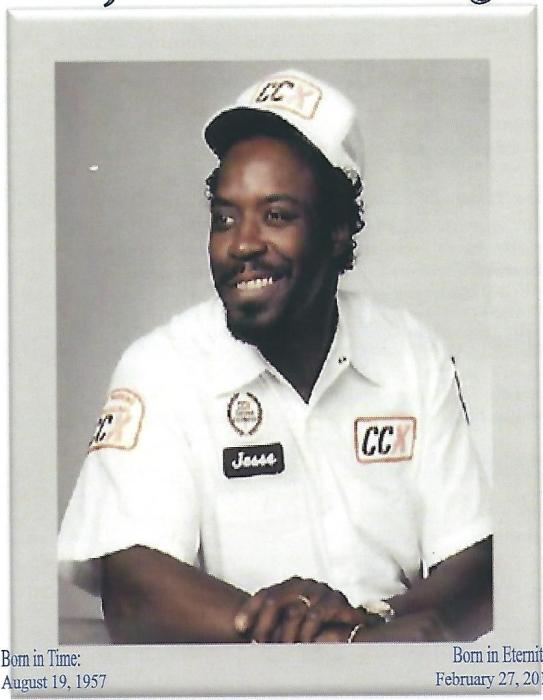 Jesse B. Kimbrough- Funeral services were held today at 12 noon, at F. D. Mason Memorial Funeral Home, Inc., for Mr. Jesse B. Kimbrough, 58, Youngstown, who departed this life on Saturday, February 27, 2016, at the University of Cincinnati Hospital, Cincinnati, Ohio. Mr. Kimbrough was born August 19, 1957, to the union of Jaycee C. and Rose Zinnia Armour Kimbrough. He was a 1975 South High School graduate. He was also a world wide International Truck Driver for thirty Years including B. F. I. of Youngstown, Ohio. Mr Kimbrough was a very loving, kind, friendly person. He always had a big smile for ever one he met. He shared lots of love with his family and friends. He was an enjoyer and found much delight in his trucks, motocycles and detailing cars. He especially found pleasure and spiritual uplifting listening to his gospel music. He leaves to cherish his fond memories, his mother, 2 sons; Jesse Kimbrough of Atlanta, GA., Joshua Kimbrough of Cincinnati, Ohio,5 brothers, Eddie Kimbrough of Lacey, Washington, Twoson Kimbrough, Patsy (Minister Patricia) Kimbrough, Edward (Kim) Kimbrough and Keith Kimbrough all of Youngstown, Oh., 3 sisters; Mrs. Cora B. Alston, Mary Nell Kimbrough, and Cherylita Thompson, all of Youngstown, Oh., and his beloved former wife Barbara Kimbrough of Cincinnati, Oh., and a host of relatives and friends. He was preceded in death by his father, 2 brothers; Nathaniel Armour and James Kimbrough, 2 sisters; Rose Ann McElroy and Shirley Nealy.

To order memorial trees or send flowers to the family in memory of Jesse B Kimbrough, please visit our flower store.