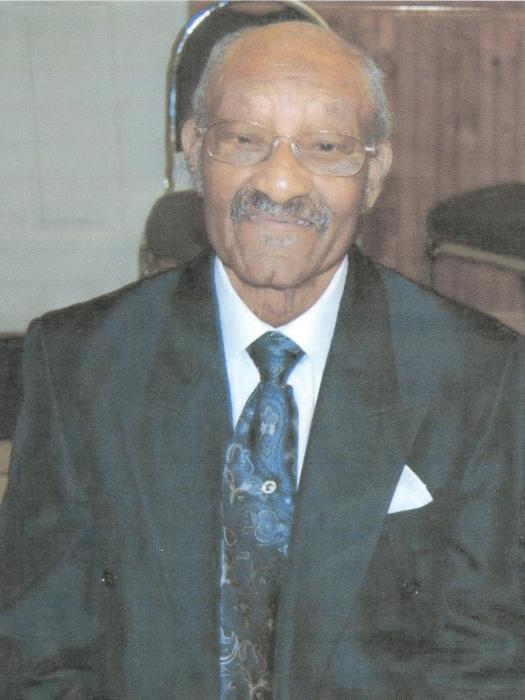 Jesse Rutland- Funeral services will be held on Friday, June 2, 2017, at 12 noon, at the Greater Friendship Baptist Church, for Mr. Jesse Rutland, 92, Youngstown, who departed this life on Thursday, May 25, 2017, at his residence with his wife by his side.

Mr. Rutland was born September 10, 1924, in Birmingham, AL.,the only child to Pless and Katie Lee Lewis Rutland and came to this area as a young man. He worked at the Youngstown Foundry and later moved to work for the City of Youngstown in its sanitation department. He transferred to work for the water department and worked for the city of Youngstown for a total of 50 years. He also worked security as a Youngstown Auxiliary Police Officer obtaining the rank of Lieutenant. He worked various venues around the city of Youngstown. In 1985, he and others began the Mahoning County Constables where he served as the president for this organization and under this organization, he continued his work as a funeral escort for F. D. Mason Memorial Funeral Home, Inc., for several years. He leaves behind to cherish in his memory his wife, of 56 years, the former Anne Shelton; their children, Cathy (Ron) Davis, Diane Robinson, Jeffery (Margarita) Rutland and Christopher Rutland. He also leaves one son Byron Rutland, 3 daughters: Carolyn Johnson, Sylvia Butler, Cleo (Thurman) Chisholm and a host of grandchildren and great-grandchildren and other family and friends.

He was preceded in death by his parents, his daughter, Brenda Robinson, his daughter-in-law, Elizabeth Rutland and a "son' Ted Everett. Friends may call from 11 am to 12 noon at the church. Interment willfollow at Tod Homestead Cemetery.

To order memorial trees or send flowers to the family in memory of Jesse Rutland, please visit our flower store.