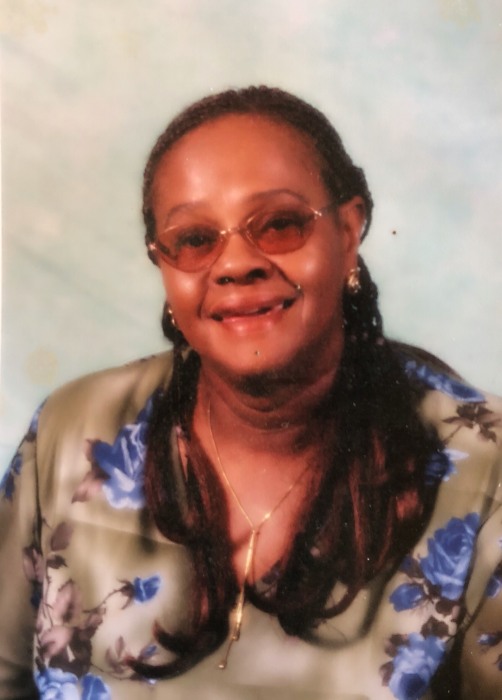 Mrs Jones Sudberry was born December 1, 1949, in Crandall, Mississippi. She was the daughter of the late evangelist Julia Lee Jones and the late prophet John Cecil Jones. She was reared by her parents. She graduated from South High School in 1966. Mrs. Jones Sudberry was an evangelist to many souls who loved and knew her. She was a member of her daughter's Claudette Moore and Gods Ministries since July 1, 2013. She was prior under the leadership of the late prophet and Rev. B. J. Brown of Valley Baptist Church, Niles, Ohio, and later unto his after Valley Baptist Ministry the Christian Love Missionary Baptist Church of Youngstown, Ohio. Mrs. Jones Sudberry was also a loving homemaker and an angel unto those God assigned to her to care for as a Nursing Assistant at Boardman Community. Working as a waitress for Mrs. Young's C-Staples restaurant made her more of an excellent homemaker than just a student of a two year cooking degree but the best cook unto her family. She leaves to cherish one daughter; Claudette Jones Moore, 7 adopted daughters; Kaprina Foose, Aarica Day, Cynthia Powell, Lanise Robinson, Ashley Harrell, Christina Lanier, Cassie Workman, all of Youngstown, Ohio, 2 sons; Ricky (Carolyn) Jones, of Columbus, Ohio, Eric Jones., 3 adopted sons; Brian Thomas, John Wilson, and Carl Wilson all of Youngstown, Ohio, 3 sisters; Jerry Ann Walker, Candy (James) Jones, both of Ann  Arbor, Michigan, Rebecca (Clarence) Davis of Garyville, Louisiana, 2 brothers; James (Phyllis) Jones of Canfield, Ohio, and John (Alisia) Jones of Florida, grandchildren; Alicia,D. J., J. T., Darryce, Duane, Aubrey, Briana, Andrew and 15 more adopted grandchildren, great-grandchildren; Xavier, Ava, Josh, Ty-Ty, Cam, Naomi, Milo, Ma'Kailah, Marcell, Malana, and 3 more adopted great-grandchildren. She leaves in precious golden love, a host of nieces, nephews and cousins. Special stars of her life she says receive my precious anointing; Mildred Davis, and Mrs. Ann.

She was preceded in death by her parents, brothers; Calvin Jones and Virgil Nicholson, sister; JoAnn Jones, sister-in-laws; Betty Jones and Juanita Nicholson and a brother-in-law; the late Reverend Hensley Anderson.
Amunet RA Diligent Produces Amun RA
Be diligent as long as you live, always doing more than is commanded of you. Do not misuse your time while following your heart, for it is offensive to the soul to waste one's time. Do not lose the daily opportunity to increase that which you have. Diligence produces gains and gains do not endure when diligence is abandoned. Today, Jessie says keep for God producing evangelism and you will always be of diligence.
Then she let go.....
On April 16, 2018, Martha from Beeghly Oaks called and said your mother has passed at 7:40 pm. Claudette and Eric with the spirit of Ricky there, also by phone. They cried and prepared themselves to see her Psalm 37:37, vessel leave with F. D. Mason Funeral Home, around 9:15 pm., after we arrived at her side around 8:45 pm. The on coming nurse checked her vitals one more time, "MOMMY'S REMAINS HAD A HEART BEAT STILL" Eric slept in his wheelchair as Claudette crawled in bed next to her mommy's remains in  bed, with her holding her hand. From 7:40 pm, her remains began to become stiff and cold next to Claudette through to the next day, April 17, 2018. At 6:30 am her remains still had a heart beat says now of Jessie's beloved dayturn nurse Mrs. Marsia (aka Tupac) then her first grandson called after all  grandchildren had called on the evening of April 16, 2018 unto her ear, but when the last grandchild called at 6:43 am D. J. said "I Love You Grandma,and i am glad you are going to a better place, thank you grandma for loving life and me." Then at 6:50 am SHE LET GO....
Friends may call from 12 pm to 1 pm at the funeral home.

To order memorial trees or send flowers to the family in memory of Jessie Jones Sudberry, please visit our flower store.