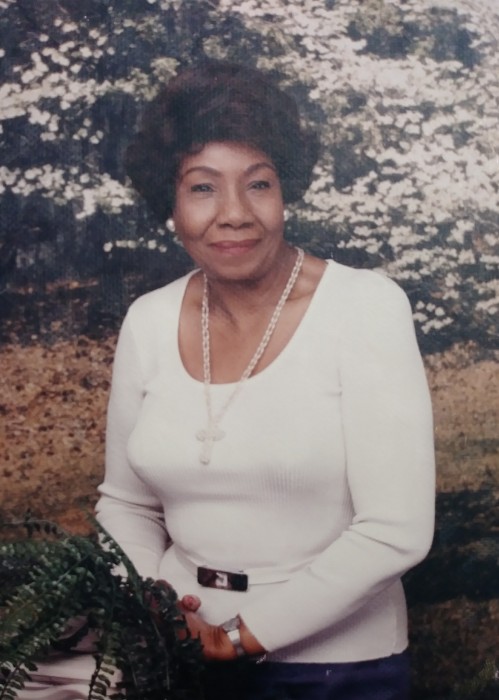 Mrs. Walker was born the ninth of 11 children to the late John and Lillie Colvin Bogan in Youngstown, Ohio  November 13, 1924. Her parents were predeceased in January and October of 1980. Katherine grew up at Third Baptist Church and was baptized at 8 years old. She sang in the Junior choir and Wheeler Choral Group, taught Sunday school, worked with the kitchen crew, and participated in many bible quizzes at BYPU (Baptist Young peoples Union). Katherine was also the first Vice President of the Missionary Society and a representative of Third Baptist with the Church Women United for many years.

She worked as a Dunbar Insurance Company agent for many years. After being sent to Cleveland,  as a convention delegate, she accepted a position at Dunbar there. Katherine then worked as a Bookkeeper for the City of Cleveland and subsequently as a Deputy Registrar in Vital Statistics for for city of East Cleveland. She also sold real estate for 22 years. Katherine joined the Greater Abyssinia Baptist Church under the pastorships of Reverends Plummer, Payden and Caviness. She sang in the Gospel choir, served as Sunday morning Greeter and bulletin announcer. Katherine remained in Cleveland for 43 years until her retirement. When she returned to Youngstown in 1980, she rejoined Third Baptist Church and was a member of the Keenagers, Missionary Society, Tribe of Benjamin, Crusader Sunday School class. She again worked with the kitchen crew, the Church Women United, and also belonged to the Evergreen Garden Club. Her ministry was visiting nursing homes and hospitals until walking became an issue. She always wanted her life to reflect her Christian love of our Savior and Lord. Katherine loved to read, was an avid bowler and participated in tournaments throughout the United States. She also enjoyed home decorating cooking, crosswords, and traveling.

Cherishing loving memories are numerous nieces and nephews and her two closest friends; Genny F. Mason and Patricia Alexander (who was like a daughter). Friends may call from 11 am to 12 noon, on Tuesday at the funeral home.

To order memorial trees or send flowers to the family in memory of Katherine "Kitty" Bogan Hollis Walker, please visit our flower store.