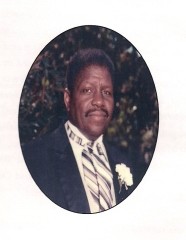 Lewis A. Clyburn - Funeral services were held on Tuesday February 23, 2016 at 1 pm at the F. D. Mason Memorial Funeral Home for Mr. Lewis Alexander Clyburn, 81, Youngstown, who passed away peacefully at home on Friday February 12, 2016. Mr. Clyburn was born December 29, 1934 in Cheraw, South Carolina, a son of Lewis A. and Julianne Sharper Clyburn . Lewis retired from National Castings Steel in Sharon, PA., after 30 years of service. In retirement he worked as Building & Groundskeeper of John Knox Church and volunteered at Meals on Wheels as a delivery driver. He was an avid sports fan, he enjoyed watching any and every sport event. His interest also included auction bidding. Lewis was a wonderful father, who loved and fearlessly protected his family. He instilled in his children the values of character, education, and work ethic, He will be dearly missed by his family and friends. He leaves his daughters; Joyce Clyburn, Stephanie Clyburn, Rose (Trent) Simmons, and son, Lewis Clyburn Jr., grandchildren; Alicia (Christopher) Gipson, Lauren Simmons, Morgan Simmons, Taylor Simmons, and Trent Simmons Jr., great-grandchildren; Alexandria and Christopher Aiden Gipson, all of Columbus Ohio. He was preceded in death by his parents, a son Benny Clyburn, and grandson Lewis Terrell. Arrangements were handled by F. D. Mason Memorial Funeral Home.

To order memorial trees or send flowers to the family in memory of Lewis Alexander Clyburn, please visit our flower store.