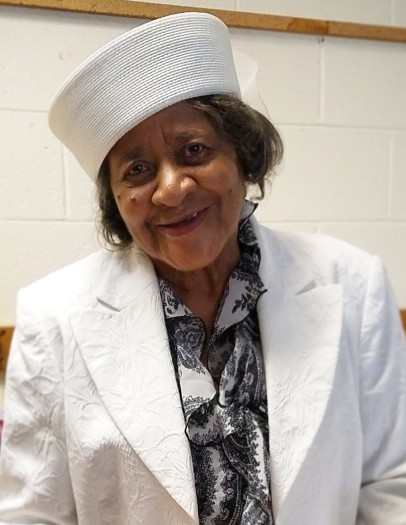 Mrs. Thacker was born April 25, 1929, in Newberry, SC., a daughter of Delton and Elvira Reeder Boyd Sr. After graduating from Drayton Street High School,she married the love of her life, the late Willie Lee Thacker,  March 8, 1950.  Early in the 1950's, Mattie and her family moved to Bronx, NY, where she reared her her children, and later became a college graduate of Hostess Community College, as a nurse. She was a member of 2nd Prince of Peace Baptist Church, where she served as Sunday School Superintendent, Trustee, member of the choir, and on the Pastor's Aide Committee. She was also a member of the Eastern Star Chapter 19 for several years. she was employed at Prospect Hospital and  Columbia Presbyterian Hospital retiring in 1991, then she relocated to Youngstown, Ohio. She was a former member of New Grace Missionary Baptist Church, and later became a member of Mt. Gilead Baptist Church, where she served as Sunday School Superintendent, President of the Missionary Board, and choir. In 2015 the Lord called her daughter, Pastor Cheryl Thacker-Brown and her son-in-law Pastor David A. Brown Sr.,to begin Chosen 4 His Glory Ministries where Mattie was the Superintendent of Sunday School and stood as the proud Mother of the Church.

She leaves to cherish her memory; 5 children, Brenda Thacker Maddox, Pamela Jackson, William Thacker, Randy Thacker, and  Pastor Cheryl (David) Thacker Brown, 11 grandchildren, 10 great-grandchildren, and 12 great-great-grandchildren, 2 sisters, Lizzie Pearl Brown, and Doris Wesley, and her niece Joyce Boyd who was reared in their home as a sister, 12 nieces, 8 nephews, and other relatives and friends.

To order memorial trees or send flowers to the family in memory of Louvenia Mattie Thacker, please visit our flower store.