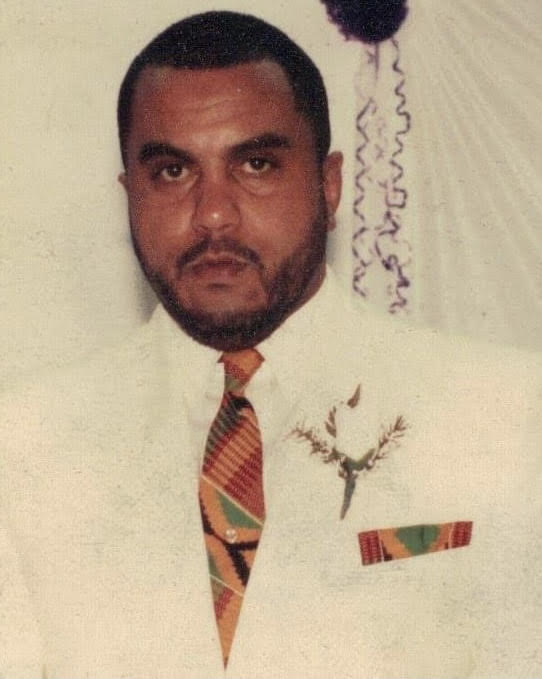 He was lovingly known by family & friends as “Ripp” he was a 1972 graduate of South High School & attended YSU & in his early youth he worked at General Motors before enlisting in the United States Air Force, in which he served 10 1/2 yrs as a Medical Administration Specialist. Upon his honorable discharge with various awards, he resided in Illinois, where in 1989 he attended Belleville Area College, Belleville, Illinois receiving a degree in Administration of Justice. He worked at the Menard Correctional Center in Chester, Illinois as a Correctional Officer.

Upon returning home he met & married Sylvia Jordan where they combined a loving home for their children. He worked at Rite Aid as a Security/Loss Prevention Officer during 1993 - 1994. He worked for Trumbull Correctional Institute in Leavittsburg, Ohio where he held the positions of Correctional Officer & Correctional Sergeant/Counselor throughout his career in the years of 1994 - 2018 & was known to many there as “Big Lew” achieving various special training awards & obtaining a Toastmasters Club for the inmates & achieving several Competent Communicator awards himself, as well as, holding several positions for the club, in order for it to become registered. He became a member of the Rising Sun Lodge #90 to begin his brotherhood journey with his father. Loving the life with his family & friends he was an avid browns fan & loved music. After his retirement he worked for Community Corrections Association in 2019.

He leaves to cherish his memory the love of his life for 27 years Sylvia Jordan Lewis; his children, Raymond A. Lewis III of Boardman, Oh., Brandi R. E. Lewis of Nashville, Tenn.; Terrance A. Lewis of Oregon; Dennis J. Jordan of New Orleans, La; several close children & God children; a sister Barbara Rae Lewis Jordan (Mance) of Youngstown, Ohio and host of family & friends. He was preceded in death by his parents and a sister Cynthia D. Lewis.

The family will receive friends from 11: 00 - 12:00 pm, Friday  January 22, 2020 at F.D. Mason Memorial Funeral Home, Inc., where a private service funeral service for immediate family only.

The F.D. Mason Memorial Funeral Home, Inc. has been granted the honor to serve the Family at this difficult.

To order memorial trees or send flowers to the family in memory of Raymond "Ripp" Lewis Jr, please visit our flower store.