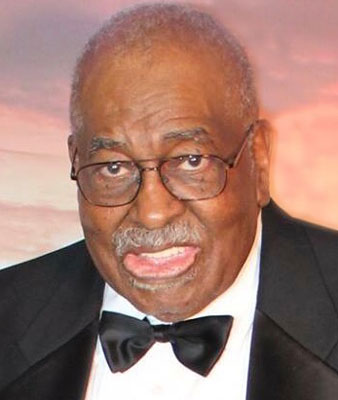 Rev. D. Morris W. Lee Sr- A homegoing service will be at noon on Friday, Aug. 2, 2019, at the Third Baptist Church, 1177 Park Hill Drive in Youngstown, honoring the late Rev. Dr. Morris W. Lee Sr., 83, who made his transition to his heavenly home Friday, July 26, 2019, surrounded by his family at Mercy Health St. Elizabeth Health Center.

The Rev. Dr. Morris W. Lee was born Oct. 19, 1935, in Isle of Wight County, Va., son of Peter H. and Nannie Crocker Lee, and was reared in Portsmouth, Va., where he attended the public schools.

The Rev. Dr. Lee served from 1957 to 1960 as minister of the Jerusalem Baptist Church of Doswell, Va. In September of 1960, he was called to pastorate of the Third Baptist Church of Youngstown, succeeding the late Dr. S.S. Booker, where was currently still serving as Pastor up until his death.

Dr. Lee has participated in many activities of civic, community and ecclesiastical nature in the Youngstown area as well as in a large arena. He had served as a member of the American Baptist Foreign Mission Society, of the Home Mission Board of the National Baptist Convention, the Executive Board of the Lott Carey Foreign Mission Convention, the Board of Trustees of the American Churches of Ohio and the Ohio Council of Churches. He has been moderator of the Northern Ohio Baptist District Association, Director of Music for the Ohio General Baptist Convention, chairman of the Trumbull Baptist Neighborhood Ministries Committee, president of the Youngstown Ministerial Association and president of the Mahoning Valley Council of Churches.

Dr. Lee taught for several years in the Youngstown Extension of American Baptist Theological Seminary of Nashville, Tenn., in the Black Studies Program of Youngstown State University. He received an Doctor of Divinity degree from Virginia Union University. He completed course requirements toward a Doctorate in Ministry from Ashland University.

Dr. Lee enjoyed watching CNN, the “Young and the Restless” and the “Bold and the Beautiful” in his spare time.

Dr. Lee married the love of his life, the former Beverly A. Chambliss, on June 11, 1966, and from their union they had two children, Morris W. Lee Jr. and Miriam M. Lee, both of Youngstown; one grandchild, JoLisa Collier-Lee; and a special granddaughter, Chelsea Anderson; two godsons, Michael (Cordella) Torbert of Mechanicsville, Md., and Craig McDowell of Syracuse, N.Y.; two special friends that were like siblings, Geneva Mason and Howard Pincham; along with a host of close cousins, friends all across the community, his beloved Third Baptist Church family; and his beloved cat, Zuri.

The family will receive all guests from 4 to 8 p.m. on Thursday, Aug. 1, 2019, at the church and again from 11 a.m. to noon on Friday where the service will begin promptly at noon.

Arrangements have been entrusted to the professional care of the F.D. Mason Memorial Funeral Home Inc., 511 West Rayen Ave.

Condolences can be made at www.fdmasonmemorialfh.com for the family.