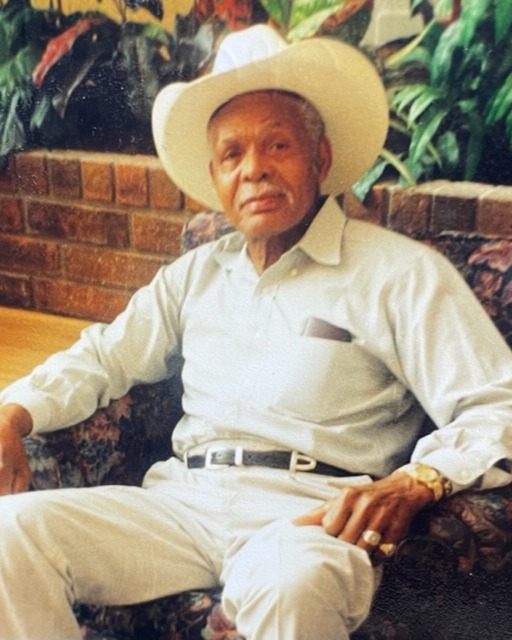 Mr. Robert Davis 96, of Youngstown, Ohio went to be with the Lord Thanksgiving Day, November 24, 2022.
Mr Davis was cared for through Traditions Health Hospice Care at the home of his daughter Marilyn Lane of Youngstown, Ohio and his son Ronald Davis of Wichita, Kansas, who lovingly took care of their father during his final days here on earth.
Mr. Davis was born September 7, 1926 in Coy, Alabama a son of Samuel and Mamie McCastor Davis. He was one of 6 children born to this union. Mr. Davis came from a farming family. He  loved the land, the animals, and especially his dogs. On April 15, 1948 he married Irma Nell Washington in Mobile, Alabama. They moved to Pensacola, Florida, where he worked on the railroad and drove truck hauling timber. When they moved to Ohio, he worked out of Local 125 as a bricklayer and laborer. He later became a member of Local 935. They had 3 children, Robert, Ronald and Marilyn, whom they loved dearly. Mr. Davis was a man of great strength and many talents. He sang in the male quartet choir of Mt. Zion Baptist Church for many years. He received the Mount Zion Baptist Church Amazing Member Award on October 27, 2019 for all his excellent work, time and prayers with and for Mt. Zion and family. Mr. Davis was a horticulturalist and known to have a big garden and raised pigs. He loved to drive big semi-trucks and dump trucks and owned a few of them through the years. He could do any kind of work and could outwork anyone. He did a lot of work for people even though he wasn't paid sometimes. He was the hardest working man they knew!
He leaves to cherish his memories, his son, Ronald (Cathy) Davis of Wichita, KS., his daughter Marilyn Lane of Youngstown, Oh., a daughter-in-law, Terry Ann Davis of Baltimore, MD., a brother, John D. Davis of Pritchard, AL., 7 grandchildren, Kim, Ebony, Rodney, and Roland; all of Baltimore, MD., Rachel of Wichita, KS., Ron Jr., of Hollywood, Fl., and Charity of Wichita, KS., 18 great-grandchildren and three great-great-grandchildren.
He was preceded in death by his parents, a brother, 3 sisters, his wife Irma Nell of 58 years, a son Robert and one grandson, Robert Jr.
Funeral service will be Saturday, December 3, 2022 at Mt. Zion Baptist Church, at 10 am. Friends may call from 9 to 10 am on Saturday at the church.
Please remember to wear your mask over your mouth and nose when entering the building, we thank you in advance.
F. D. Mason Memorial Funeral Home was given the extreme honor to serve the family during this time of bereavement.
To order memorial trees or send flowers to the family in memory of Robert Davis, please visit our flower store.

PLEASE WEAR YOUR MASK WHEN COMING INTO THE BUILDING