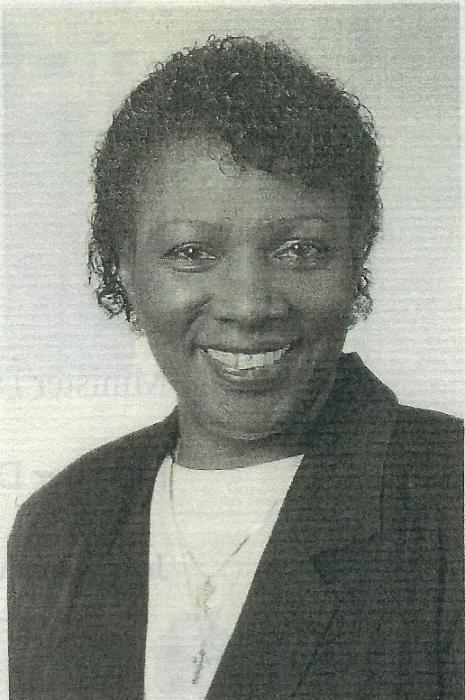 Rose M. Wallace-Funeral serviecs were held on Friday May 27, 2016, at Union Bqaptist Church, at 11:30 am, for Mrs. Rose Marie Wallace, 82, Youngstown, who departed this life on Monday, May 23, 2016, after battling a series of illnesses. Rose was born on July 10, 1934, in Westland, PA., a beloved daughter of David and Moriah McQueen Jemison. Rose was a spirited girl who grew up to be a feisty woman, always ready to give her opinion and offer you yours. She was dedicated to her studies and was an honor student, receiving "A" grades at Hickory High School. Soon after,  she married and had her first born, Joseph Dillard. After marriage ended, she would move to Youngstown, OH., where she lived with her aunt, Stella McQueen Brown. Rose sought opportunities to work and landed a job where she would meet a determined suitor, Hugh Lee (Jack) Wallace. Jack Made it a point to tell all the other men to leave Rose alone, as he had found the woman of his dreams. From that union, five sons (Hugh, Michael, Anthony, Timothy, and Stephen) were born. Always a hard worker, Rose had many jobs, but settled into a career when she took a job at Youngstown State University in the Custodial Department. She began at an entry level position and by the time of her retirment some 28 years later, she was the head of the department. At her retirements, Rose acknowledged by both the University and the City of Youngstown. She received an honorary Key to the City from the  Mayor and was celebrated by the community. During her working years, Rose was always willing to lend a hand to others, and was recognized by Who's who in Youngstown as one of the top 100 Black Women. Rose had a strong spiritual life and was dedicated to community service. She was an active member of the Union Baptist Church and its Nurses Guild, the Eastern Star, past Supreme Third Vice Grand Matron, Daughters of the Sphinx North and South America, past Grand Matron Benevolent Grand Chapter Order of Eastern Star, past Most Ancient Grand Matron Perfect Ashler Grand Court Heroine of Jericho, past State Grand Matron Council of Deliberation Daughters of the Sphinx State of Ohio, Subordinate Chapter, Courts and Councils. Queen of Sheba No. 78, Moab Court No, 30, Gleaner Court No. 1, Martha Council Lady Knight No. 1, McGuffey Council No. 5, and Daughters of Jerusalem. She is survived by her sons Hugh (Rochelle) Wallace of Washington,PA., Michael (Miechelle) Wallace of Girard, OH., Anthony (Keltasha) Wallace and timothy Wallace of Youngstown, OH., and Stephen (Vanesssa) Wallace o9f Teaneck, NJ., 3 sisters; Freda M. Kemp and Ann (Alvin) Graves, of  Westland, PA., anfd Francews Johnson of North Carolina; a brother, David (Marie) Jemison of California; 22 grandchildren; and a host of great-grandchildren, great-great-grandchildren, nieces and nephews. A specilal companion; Thomas Baldwin. She was preceded in death by her parents, a son; Joseph Dillard, 2 brothers; Samuel and Joseph hemison, and a sister Mary Kemp.

To order memorial trees or send flowers to the family in memory of Rose Marie Wallace, please visit our flower store.