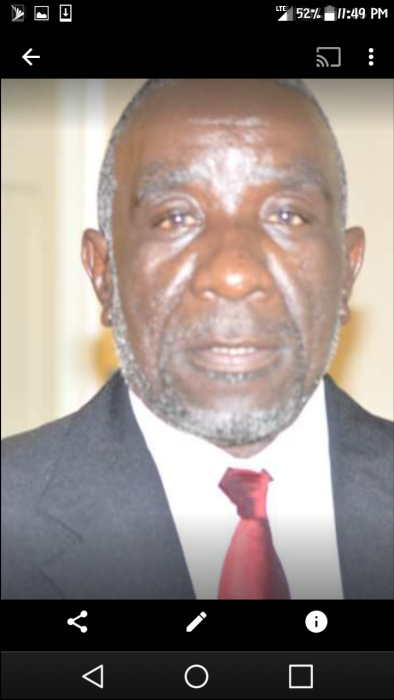 Mr. Veal was born May 19, 1956 in Youngstown , a son to the Late James T. and  Emma Russ-Veal Sr. Thomas’ life training began in part with his acceptance of Christ at an early age in the New Bethel Baptist Church under the tutelage of the late Rev. L.A. Simon. Thomas was educated in the Youngstown City School District. After High School Thomas was proud to have served his country serving in the U.S. Army where he served as a squad leader while also studying accounting and stock control graduating first in his class.  In 1977 Thomas relocated to Jacksonville,Fl., where he spent 10 years working in the hotel Industry returning to Ohio in the late 80’s. Upon Thomas’ return to the City he was employed by Clean Net in which he was given the opportunity after 8 years of employment to own his own franchise which he ran for 2 years.  Thomas was a sports enthusiast and a learned stats man. His knowledge and love for Cleveland sports was legendary. Thomas was a longtime survivor of renal disease being one of the oldest surviving renal patients in history having survived nearly 35 years with this disease which was most of his adult life. Thomas never complained or missed his treatments, he educated himself about renal disease as well became a Network Patient Representative for The Renal Network helping to educate others about the disease.

Thomas is survived by his mother Mrs. Ruth M. Veal; daughters Tomika (Bernard) Barnes  of Columbus,  and  Tenise (Steven) Weaver  of Atlanta,  His Siblings; LuDella Veal and Veronica (Dennis) Mosley both of Youngstown, Jamie Veal of Jacksonville Fla.,  and James (Lori) Veal Jr.  of Memphis, ., His grandchildren, Jamie, Christopher, Jalen, and Tionci; two Aunts, Katie Caige of Youngstown,  and Savannah Veal of Indianapolis,  and a host of nieces, nephews and cousins, including ;Robbie Tate, and Gwennetta Russ. Thomas is also survived by his extended family which included all of the families on W. Delason Ave., On the City’s South Side affectionately known as “D- Block”. He appreciated you all.
Awaiting Thomas at Heavens Gates are his Parents, Sister, Princess Veal, a Nephew, Eric L. Veal His Grandparents, Mr. Eddie Russ, Mrs. Emma Dorsey And Mrs Mattie Caige.

A special thank you to Aldridge Jones, David Simms and The Tenants at Vasu Manor who showed Thomas a lot of love and concern during his illness.  The Family would like to also thank all of the attending Physicians and nurses at The St.Elizabeth 4th floor ICU as well as The staff , nurses and physicians at Select Specialty Hospital
.
Friends may call Saturday from 9 am to 10 a.m. at the church.

To order memorial trees or send flowers to the family in memory of Thomas Veal, please visit our flower store.