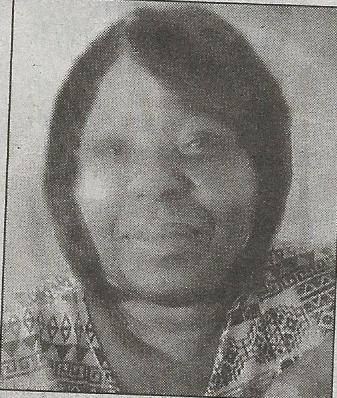 Tina M. Crosby Johnson-Funeral services will be Wednesday June 8, 2016, at 11 am, at Rising Star Baptist Church, for Mrs. Tina Marie Crosby Johnson, 57, who departed this life Friday May 27, 2016, at St. Elizabeth Health Center. Mrs. Johnson was born January 28, 1959, in Youngstown, a daughter of James R. and Marcia  E. Brown Crosby. She was a homemaker, a former member of the Union Baptist Church and a devoted wife and mother. She loved mucic, dancing, family gatherings and sharing the gospel. Tina was very giving and opened her home to anyone in need. Her favorite song, by which she was known, was "I'll Take You There" by the Staple Singers. She leaves her husband, Emanuel "Jackie" Johnson, whom she married August 23, 2003; 2 sons; Emauel J. "E.J." Jr., and Jalin T. Johnson; 2 daughters; Tawana E. Crosby and Nikiea J. Johnson; a stepson, Emanuel Sanders; 2 stepdaughters: Evelyn Williams and Kala Johnson; a brother, James N. "Bo" (Dorothy) Crosby, 3 sisters; Donna L. (David) Wells, Linda C. (Tom) Noday and Mittie R. (Samuel) Overton; 2 special friends, whom she considered daughters, Venetta L. Johnson and Jahneka J. Taylor; and a host of family and friends. She was preceded in death by her parents and a brother, Carl A. Crosby. Friends may call from 10 to 11 am Wednesday, at the church.

To order memorial trees or send flowers to the family in memory of Tina Marie Crosby Johnson, please visit our flower store.