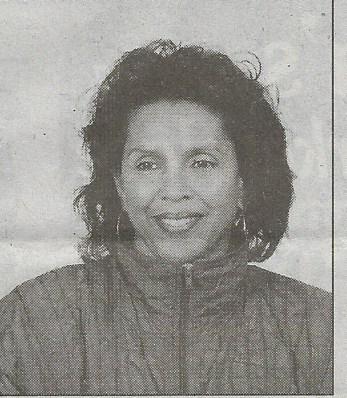 Willie A. Ransome- A memorial service will be held at 11 am, on Saturday, April 29, 2017, at the Rising Star Baptist Church, for Willie Ann Ransome, 76, who departed this life on Monday, April 17, 2017, at her residence by way of Grace Hospice Center.

Ms. Ransome, who was affectionately called "Ms. Willie Ann" or "Ms. Ann" was born on May 12, 1940, in Youngstown by way of Birmingham,AL. She was the daughter of Thomas Washington Howze and Anna Will Adair. Ms. Ann worked 33 years at Delphi Packard Electric, finally retiring in 1999, and was an avid member of the Rising Star Baptist Church, it's choir, usher board and it's food ministry. She dedicated herself to working with children during several after school programs. She was a homemaker and loved to travel, cook, and roller skate. She had a serious green thumb and loved her plants. She was a people person, wherever she went, there was no such thing as a stranger to her. She was always willing to go above and beyond for anyone. She leaves to cherish her memory; 3 brothers; Timothy and Harry Howze, and James Beverly, 3 sons; Renaldo Carter, Namon Carter III, and Alonzo Ransome Jr., 2 daughters; Crystal Carter, and Jada Ransome, 10 grandchildren, Randy Michaels, Doretha Jones, Kiev Ransome, Monique' Ransome, Christoffer Carter, Alonzo Ransome III, Amber Ransome, Jaiden Ransome-Fromby, Camara Crosby, and Emari Grace Ransome, and 3 great-grandchildren. She was preceded in death by her parents, 2 sisters and 3 brothers.

To order memorial trees or send flowers to the family in memory of Willie Ann Ransome, please visit our flower store.