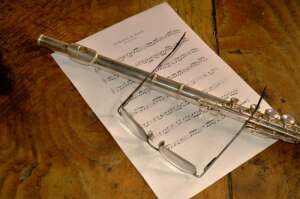 Claude "Jake" Hayes Jr was born on May 15, 1956 in Warren a son of Claude and Malinda Ziegler Hayes Sr.  Claude moved to Youngstown as a child, attended Youngstown City Schools and graduated from The Rayen High School, Class of 1974. He  loved music and started playing the flute at the age of 8 years old. He joined several bands and made records with the "Whole Dawn Band" by the age of 16 in the early 1970's. He moved to California in 1974 with his childhood sweetheart Constance B. Bishop, her mother Verdell Pruitt, thus making California his second home. Thereafter he was married to Constance B. Bishop from 1977-1983. :He attended Los Angeles Community College and became an electrician, Plumbing, and Maintenance Management trained. Claude was well known in the California scene and had personal friendships with various celebrities and studio musicians. He enjoyed listening to music, reading, dancing, tinkering projects, movies, live music, surfing the internet, debating philosophical topics and recalling his many traveled and adventurous stories. His greatest pride was in his children.

He was preceded in death by his parents and a brother Booker Thomas Hayes.

Funeral service will be Friday, August 6, 2021, at Christ Centered Church at 12 noon. Friends may call from 11 am to 12 noon on Friday at the church.

Please remember to wear your mask over your mouth and nose. Thank you in advance.

F. D. Mason Memorial Funeral Home, Inc., was given the honor to serve the family during this time of bereavement.

To send flowers to the family or plant a tree in memory of Claude "Jake" Jacob Hayes, please visit our floral store.