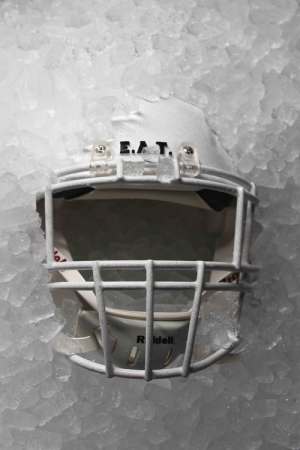 During his days at Girard High School, he was the talk of the town in Girard, Ohio! He dominated the athletic scene in baseball, wrestling, track, and field and was renowned in football as a class A linebacker and a running back. After attending North Carolina State University, Clyde could not resist an opportunity to assist with the management of the beautiful Chandler Park Golf Course for American Golf Corporation, relocating him in 1991, to Detroit, Michigan. Clyde completed his BA in Business at Wayne State University in Detroit.

In 1991, the Lord spoke to Clyde’s cousin, Maple, to introduce him to “this sweet young lady”. Then on August 20, 1994, Vanessa Barlow became Clyde’s devoted Wife and forever life partner. Their beautiful legacy began with daughter Santahra and continued to grow with the birth of Briante Porch, Caleb Porch, and later “Papa’s Grandbaby”, Aniyah Sampson.

Clyde received Christ as Lord and Savior at an early age. As passionate as he was about his family, Clyde was just as passionate about his love for the Lord.  In 1993, he and Vanessa joined the Fountain of Truth Baptist Church in Detroit, Michigan under Bishop Michael and Pastor Brenda Jones, where he served for more than 15 years as a Deacon, a Minister and as an Elder. From 2012 until his transition, he continued to serve as an Elder at Life Application Ministries in Warren, Michigan under the leadership of Bishop Adolphus and Lady Gwendolyn Cast.  He is remembered by many as a reserved person with a quiet dignity.  He had a kind of steady wisdom that allowed others to put their confidence in him, and trust that everything would be alright.  He was a faithful steward who loved God and His people.

Clyde enjoyed his coworkers and the opportunity to serve as Vice President and Senior Investment Specialist in the Alliance Investment Unit at Comerica Corporation where he was employed for more than 21 years. Always a devoted sports enthusiast, Clyde loved playing baseball, and even coaching football.  He also loved going to the movies.  In fact, his favorite phrase from the movie Tombstone is “I’ll be your Huckleberry.” While it is true that he was quiet, he was also known to have a dry, mischievous wit.  He would often respond to some questions his wife would ask by saying, “Same thing we do every night Pinky,” a quote from the Pinky & The Brain cartoon.

F. D. Mason Memorial Funeral Home, Inc., has been given the honor to serve the family locally during their time of bereavement.

To send flowers to the family or plant a tree in memory of Clyde "Buster" James Porch, please visit our floral store.